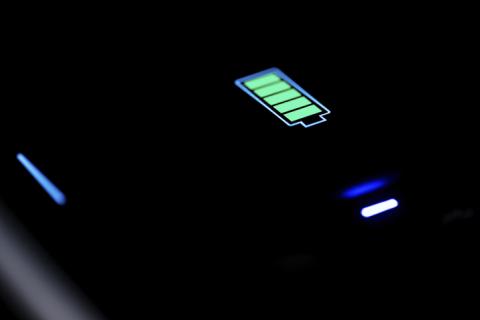 In our regular round-up of production investments, we track the latest projects from the production side of the industry and analyse regional trends that we see developing. In doing so, we hope to build a picture of any potential hubs that may be developing, as well as company strategy in terms of production bases and export programmes.

Over H122, we have identified 23 investments into EV battery recycling projects. As many of the ventures remain in the early trial stages, there is a lack of data available that indicates the value in USD of these projects. However, we are able to note the capacity of each project and cumulatively in this round-up, which comes to a total of 81.4GWh, an increase of 37.2% from the total capacity promised by projects announced in H221 (59.GWh). We note that we found eight projects in Europe, eight in North America, six in Asia, one in Latin America (LatAm) and one in the Middle East and North Africa (MENA).

As Morocco is a vital spoke in Europe's autos supply chain, and Brazil is the largest EV market in Latin America, it is no surprise that these markets have been selected as the locations for the first recycling projects in both regions. Regardless, we believe that these investments pose an upside to the EV supply chain in both markets by transforming current supply chains into a 'closed loop' or circular economy. In BMW's case, this will enable the automaker to lower its production costs by localising its EV battery supply chain, decarbonising its supply chain by reducing transportation costs, and by ensuring a stable, reliable supply of the EV battery components. We expect to see this become a key trend in the autos sector over the next decade given the breadth of benefits that this circular economy provides automakers.

We believe that there will be more battery recycling-related investments into both regions in H123 as we expect EV demand in both regions to increase, particularly in MENA, where we believe there will be EV sales growth in Saudi Arabia and the UAE as some incentives are introduced and as local EV production starts in 2024. We note that an increase in EV sales will result in a surge in second-hand EV batteries once the vehicles are retired, requiring local facilities to recycle the batteries. As both regions currently lack any regulation on EV battery recycling, we believe it will fall to automakers to ensure that recycling can happen within the markets, resulting in an increase in investments in the near term.

Recycling Projects In North America, Europe Continue To Expand, But Asia Remains Out Ahead

Over H122, we recorded eight projects announced in North America and another eight in Europe which signal that interest in the sector continues to increase as environmental policies take effect and as the risk of a battery metal shortage grows. Particularly, we highlight a string of investments in the US and Canada; three in Canada, and five in the US. Notably, we have seen Ultium Cells, a battery manufacturing JV between LG Chem and General Motors, announce its second recycling facility with Li-Cycle, a battery recycling industry leader based in Canada. This is the company's sixth recycling facility and will be located on Ultium Cell's battery manufacturing plant in Lordstown, Ohio which is currently under construction. We highlight this project to showcase what we believe will become the standard model for EV battery manufacturing in the long term, namely, that there will be an on-site facility for the recycling of EV battery scrap and retired EVs that will enable battery manufacturers to reuse highly valuable EV battery metals. We see similar projects emerging in Europe this year-half, including joint partnerships between battery recycling firm Umicore and ACC, a battery manufacturer JV between Stellantis and Mercedez-Benz, to establish a recycling plant nearby to ACC's pilot plant in Belgium. While these investments will take Europe and North America's battery recycling capacity to 74.3GWh and 34.5Gwh respectively, an increase from 39.1GWh and 27.2GWh in H221, we note that Asia continues to lead in total announced capacity for battery recycling in GWh with 103.6GWh (see graph below).

Within Asia, the battery recycling sector continues to be dominated by Mainland China, with over 100GWh in total recycling capacity, followed by India with 12.6GWh and South Korea (5.0GWh). While there have been extensive investments into, and growth of, Mainland China's battery segment in order to manage the second-hand batteries produced by the market's large EV fleet (we estimate the EV fleet will rise to 15.3mn units in 2022) India's battery recycling capacity reflects the market's growing interest in the EV segment. In our recent Investment Round-Up for Asia, we recorded nine EV-related investments in India. Of which, four projects are electric motorcycle related, three are EV supply chain-related and the remaining two are directed towards EV components. We note that the interest in establishing local battery manufacturing facilities is linked to the government's Production Linked Incentive (PLI) scheme which allotted around USD3.5bn to aid the automotive sector's development. According to reports, the Indian government received bids totalling an annual battery production capacity of 130GWh from its tender for 50 GWh in battery production capacity. While not all the tender bids will result in investment, it does highlight that there is strong interest in developing India's local EV supply chain. This includes the planned investment from Exide Industries which aims to establish the market's largest battery recycling plant (8.6GWh) in order to create a circular EV supply chain (see graphic below) in West Bengal. We believe that the growth of India's EV supply chain will symbiotically create opportunities for additional battery recycling investments as EV automakers and battery manufacturers will require on-site facilities to recycle scrap or retired EV batteries.

Players In The Battery Industry Looking To Recycling For Sustainability Boost
The Circular Economy Of LiBs
Source: Fitch Solutions