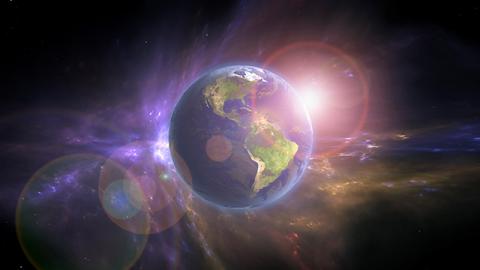 In this article, we at Fitch Solutions lay out our five key themes for Latin America and the Caribbean for 2022:

Theme 1: Growth In Latin America Will Decelerate Significantly, Making The Region Again An Underperformer Among EMs

Economic growth in Latin America will slow significantly in 2022, making the region’s recovery an underperformer among emerging markets (EMs). We forecast regional growth will slow to 2.5% in 2022 as the tailwinds that drove the region to estimated 6.2% growth in 2021 – including pent-up demand, generous fiscal stimulus, high commodity prices and strong base effects – fade. In particular, a sharp slowdown in China will weaken demand for Latin America’s commodity exports.

Growth To Slow In Almost Every Market In Latin America

Rising borrowing costs across the region will also constrain credit demand and investment. We expect Latin American central banks will continue to tighten monetary policy as they attempt to rein in a surge in inflation since mid-2021. Finally, we expect unfavourable political environments in many of Latin America’s largest markets will drive policy uncertainty and undermine investor sentiment. Risks are particularly high in Brazil, where President Jair Bolsonaro faces a contentious re-election campaign that will likely lead to volatile business sentiment, depressing investment.

While our 2.5% growth forecast implies that Latin America’s aggregate GDP will return to its pre-pandemic size by the end of 2022, our regional forecast is significantly slower than the 4.8% growth forecast for EMs as a whole. Our outlook reflects a return to Latin America’s recent history of economic underperformance relative to its global peers, largely due to higher labour costs, inequitable access to education, an ageing population and relatively high rates of corruption and crime. Though Latin America grew by an estimated 6.2% in 2021, in line with the EM average, the region averaged 1.0% growth between 2015-2019, trailing the broader EM average of 4.5%.

The prospects for market-favoured fiscal and labour reforms will remain bleak across Latin America in 2022. Latin America’s average score in our Reform Tracker has already fallen from 5.4 out of 10 in Q419 to 3.4 in Q421, as the ongoing effect of the pandemic has boosted popular demand for higher government spending on social services. We expect this will continue in 2022, particularly as anti-incumbent sentiment throughout the region will likely drive gains for left-leaning candidates and parties in upcoming elections.

We expect that left-leaning populists in Argentina, Mexico and Peru will continue to increase the role of the state in their economies. These have included price controls and stimulus spending under Argentina’s Alberto Fernández, proposals to nationalise the mining sector in Peru under Pedro Castillo, and efforts by Mexico’s Andrés Manuel López Obrador to sideline private companies in the energy sector in favour of the state-owned Pemex and CFE. While congressional opposition will constrain these presidents and may block radical reforms, none of these governments are likely to pursue market-favoured reforms to narrow long-term budget deficits, increase labour market flexibility or liberalise investment regulations.

Elections in several other markets are likely to push policy in a similar direction. In Brazil, President Jair Bolsonaro has consistently trailed former president Luiz Inácio Lula da Silva, a presumptive challenger, in polling ahead of the October general election. He has responded by attempting to expand social transfer programmes at the expense of reforms intended to secure long-term fiscal sustainability. While Lula is likely to campaign as a moderate, he has campaigned against structural reforms in the past and is unlikely to pursue efforts to curtail the size of the state if he takes office again.

Similarly, in Colombia, the legislative election in March and the presidential election in May will weaken the prospects for outgoing President Iván Duque to pass meaningful legislation. Moreover, we note the risk of a shift in policy direction if leftist Gustavo Petro, who has an early lead in polling, is elected.

Several late-2021 elections throughout the region have illustrated the region’s left-ward shift. In Honduras, leftist Xiomara Castro won the presidential election on November 28, taking control of the government back from the centre-right. In Chile, leftist Gabriel Boric is leading initial polls ahead of a presidential election run-off on December 19, while the ongoing constitutional convention will likely propose changes that broaden the government’s role in the economy.

Rising interest rates in both Latin America and globally will raise financing costs in 2022, putting pressure on governments throughout the region to speed up fiscal consolidation efforts. As we had expected, extremely loose monetary policy across developed markets (DMs) in 2020 and early 2021 drove a hunt for yield that kept borrowing costs low across Latin America. This allowed governments to extend stimulus measures designed to mitigate the health and economic impact of Covid-19, while running wide fiscal deficits.

Inflation Surging Well Above Target Across The Board

However, supply chain disruptions, strong recoveries in domestic demand and high commodity prices boosted inflation in Latin America (see chart above) and globally in Q221. By H221, inflation was above target in every major Latin American economy, prompting all of the region’s major central banks to begin interest rate hiking cycles. The Banco Central do Brasil went furthest, hiking by 575 bps in the year through November. In 2022, we expect a series of additional hikes across the region, particularly as our Global team expects the US Federal Reserve (Fed) will likely begin to raise rates after tapering its asset purchases.

Tightening Cycle To Continue In 2022

As a result, rising borrowing costs in the coming months will put pressure on Latin American governments to contain spending growth and mitigate new debt issuances. Budget deficits reached all-time highs across the region in 2020 and remained wide in 2021, as governments were slow to cut spending due to concerns about the political backlash this could create and financing conditions remained favourable.

Fiscal Deficits To Shrink In 2022, But Gradually

Rising financing costs will place governments in a bind between public pressure to maintain spending and market pressure for fiscal consolidation. Slowing growth throughout the region will limit the scale of revenue intakes, while volatile political dynamics in markets such as Brazil will further push up borrowing costs and exacerbate the policy dilemma facing governments

Theme 4: Central American Growth Will Outperform The Broader Region, Though Political Risk Could Derail The Recovery

Robust export demand and remittance inflows to Central America underpin our forecast of 3.9% growth for 2022, which would exceed the 2015-19 average of 3.5%. Our forecasts signal that the sub-region will outperform the Latin American average for the second consecutive year. The sub-region is benefitting from above-trend growth in the US, a primary source of export demand and remittances. Additionally, while vaccination rates in Central America have lagged those in South America (see chart below), they should catch up in 2022. This will allow governments to loosen mobility restrictions and help support a continuing recovery in private consumption and investment.

Restrictions Will Continue To Ease In 2022, Supporting Growth

However, persistent political risks in a number of Central American markets may disrupt the economic recovery. For example, increasingly authoritarian governance in Nicaragua could lead to a tightening of sanctions from the US and EU, particularly in response to 2021’s uncompetitive general election. Salvadoran President Nayib Bukele’s consolidation of power has also drawn criticism from the US, which could undermine his efforts to negotiate an IMF programme and force unpopular spending cuts. In Guatemala, President Alejandro Giammattei’s unpopularity and a slow vaccination roll-out create a significant risk of economically disruptive unrest in 2022. Finally, in Honduras, president-elect Xiomara Castro’s left-wing policy platform, particularly her proposal to re-write the country’s constitution, could threaten business sentiment or, in a long-shot scenario, spur efforts to remove her from power, similar to the coup against her husband, Manuel Zelaya, in 2009.

Theme 5: Easing Global Mobility Restrictions Will Revive Tourism And Growth In The Caribbean

The increasing availability of vaccines globally will allow governments to relax public health measures and increase demand for overseas travel, fueling growth across the tourism-dependent Caribbean in 2022. Tourist arrivals remained far below the pre-crisis level in 2021 due to lingering concerns about foreign travel and border closures (see chart below), keeping Caribbean GDP below 2019’s level.

Ongoing vaccine roll-outs in the Caribbean and in major source markets, such as the US, Canada and Western Europe, combined with higher household incomes from fiscal programmes and recovering labour markets, should see arrivals growth accelerate in the coming quarters. Additionally, most Caribbean markets have re-opened their ports to cruise ships, which will offer additional upside to growth as the cruise industry slowly recovers from impact of the pandemic.

Growth To Be Widespread, Though Largest Markets Impact Regional Figure

As a result, we expect that a sharp rebound in tourism activity will cause growth to accelerate in a majority of Caribbean markets. While the Dominican Republic and Jamaica saw a quicker recovery in tourism that supported headline growth in 2021, we expect smaller markets to begin to catch up in 2022. The gradual normalization of cruise lines and passenger flights will make the region’s smaller markets more accessible to travelers, underpinning our more constructive outlook for tourism-reliant markets such as Aruba, the Bahamas and St. Lucia (see chart above).