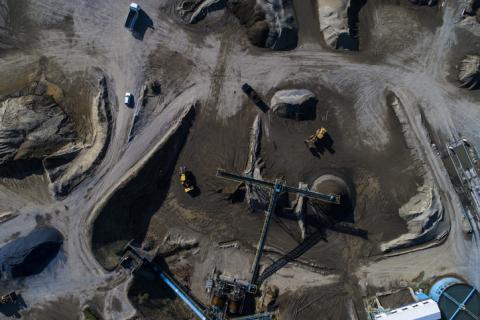 We have long argued that resource nationalism in the mining sector was going to remain a key feature of the sector. In the wake of Covid-19, we have in fact raised the probability of a rise in resource nationalism on a global basis (see 'Risks Of Mining Resource Nationalism Post-Covid-19: Which Countries Are Most Exposed?', August 2020, 'Mid-Year Update: Mining And Metals Key Themes For 2021', July 14)). Over the past 12 months, resource nationalism in top mining players has flared up around the world, mostly in Emerging Markets. We expect this trend to continue over the coming few years, as underlying drivers of resource nationalism and government intervention will remain in play.

So far in 2020-2021, we have noticed a rise in resource nationalism or the risk of thereof in an extensive and fast-rising number of countries, mainly in Sub Saharan Africa (the DRC, Mali, Zimbabwe, South Africa, Guinea), Latin America (Mexico, Peru, Chile), North America (the US), Europe (Russia) and Asia (Indonesia, Mongolia).

Resource nationalism can take several forms, including renegotiation of existing mining contracts to get better terms (which we are currently witnessing in the DRC, Mongolia for example), increase in taxes or royalties on the mining sector (Chile, Peru, Russia), asset nationalisation (forced equity transfers) or the threat of (Zambia, Mexico, Zimbabwe), in-country beneficiation (Indonesia), or export restrictions.

Demand Outlook For Commodities On A 20 Year-Horizon

Drivers Of Resource Nationalism Remain Firmly In Play In 2022

A number of factors will incentivise governments to consider intervening in the mining sector and tightening mining regulations. We note that several of those drivers have been clearly accentuated in recent quarters, mostly by the Covid-19 pandemic.

In the table above, we list some of the most important recent examples of resource nationalism. Not only is the list of countries long and getting longer by the day, but it includes top mining countries, including Indonesia, the US, Russia, Chile and Peru.

Increase in resource nationalism in previously stable countries. What is also noteworthy is that some countries that have usually been characterised as stable mining markets, such as Chile and Peru, are now also recording a flare up in resource nationalism, amidst political changes that threaten to alter the business-friendly operating environment for the industry.

Spread of the risk to Developed Markets (DMs)? While resource nationalism and at times unstable mining regulations have traditionally been limited to emerging and frontier markets, we note that the US has recently also recorded an increase in resource nationalism risks. This could prompt other DMs to follow suit. Governments in developed markets have in fact been increasingly willing to benefit from the boom in battery materials by getting more directly involved in the mining and metals sector. For example, on a government-led level, a number of countries are making progress to develop plans to support strategic minerals projects, including the EU, Australia, Canada, the US and Brazil. While these initiatives do not imply stricter mining regulations or increases in taxation yet, it is indeed a form of government intervention.

The ongoing rise in resource nationalism will have a number of impacts for mining companies:

Impact on company strategy: Mining companies could try to avoid risky countries in the future, although we note countries with resources of Green Transition Metals will still see increased interest from foreign investors. Mining companies will need to prepare to the rise in resource nationalism globally, with risk mitigation strategies, careful government/public communication and making provision for the likely increases in taxation.

Increased oversight over mining projects could slow down significantly project cycles and in some cases thin the project pipeline. Stricter and longer evaluations will likely create backlogs and project delays. For example, miners in Mexico are highlighting in 2021 record regulatory delays caused by steep government budget cuts and increased overview of the mining sector.