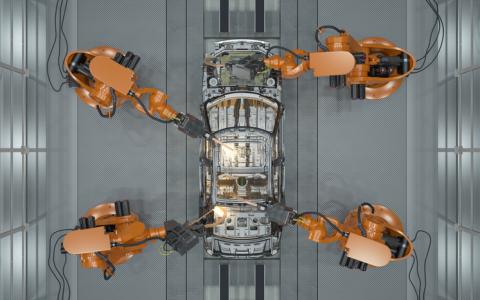 The Latest: On January 15, the first vice-president of the Democratic Republic of the Congo (DRC)’s national assembly, Jean-Marc Kabund, released a statement declaring his resignation. The announcement came just 48 hours after an alleged raid on Kabund’s home in Kinshasha by the Republican Guard. We see Kabund’s exit as another indication that divisions are growing within Tshisekedi's ruling party and expect this to add to headwinds to policymaking.

Implications: We believe that this increased risk of instability between the DRC's cabinet and parliament over the next few quarters could also add pressure to the global battery supply chain. This is largely due to the fact that the DRC produces the lions share of the global cobalt output (around 68% of global cobalt production in 2020). Along with this comes high supply chain risks as there are concerns linked to the DRC regarding political stability, labour issues, corruption and transparency. The next largest producers, Australia and Russia, account for just 4% of global cobalt mine output each. This also indicates that it will be very difficult for battery producers and automakers alike to source cobalt if their supplies from the DRC is disrupted. Additionally, we note that due to the already tight nature of the global battery supply chain, any disruption to cobalt production in the DRC will have a noticeable impact on battery supplies globally.

While we expect battery recycling to aid the diversification of the global battery supply chain, it will take several years to establish and ramp upscale. In our piece that explores the long-term implications of EV battery recycling for automakers, we forecast that there will be 16 operational recycling projects globally in 2022 with a total capacity of 55.4GWh. However, when the current recycling capacity is compared with the global demand for EV batteries, which we expect will reach 336.7GWh in 2022, it becomes clear that recycling is not currently able to provide automakers with sufficient metals supplies in the near-term. This has resulted in battery manufacturers, such as China's GEM, which is also one of the world's largest EV battery recyclers, renegotiating deals with commodity suppliers to ensure a steady supply of essential metals. In the case of GEM, they are currently negotiating with Glencore to secure a third of their total cobalt supplies. This highlights the nascent nature of the battery recycling industry and the need to diversify cobalt suppliers. Consequently, while we expect the recycling industry to grow exponentially over the next decade, we expect that it will complement metal procurement from the mining sector, rather than replace it.

Our Mining team notes that the global cobalt supply chain is set to remain highly geographically concentrated in the coming years - in the DRC for mine production (see table below) and in China for refining - which will likely pose procurement challenges for battery manufacturers. Additionally, while our Mining team hold an optimistic view on new cobalt projects that are expected to come online in the next decade, they highlight that risks to the completion of these projects abound. Many are still in the pre-feasibility stage, especially in Australia, and may not reach fruition in the end due to lack of finance or environmental opposition for instance.

What's Next?: The latest events point to continued instability between the cabinet and parliament over the next few quarters. Tensions within the government have long weighed on the policymaking environment in the DRC. We also expect automakers and battery producers will increasingly look for alternative sources of Cobalt (while also developing batteries that do not require Cobalt) such as battery recycling and mine waste processing. Indeed, in December 2021 Cobalt Blue signed an agreement with Australia to assess the potential for the recovery of cobalt and any co-existing base and precious metals from mine waste.