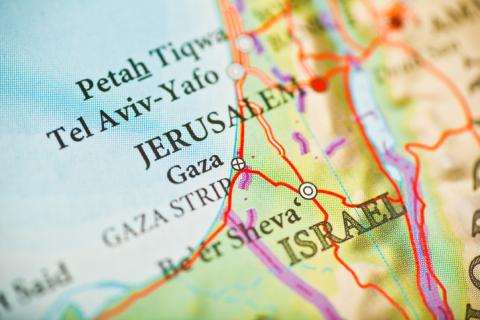 We at Fitch Solutions anticipate that Israel will increase its maritime security posture over the coming quarters. Improving economic fundamentals will allow the country to develop a more assertive foreign policy to face growing regional instability in the Mediterranean and Red Sea. After the 2020 real GDP contraction of 2.5%, Israel’s economy will grow at an average of 4.3% in real terms between 2021 and 2023. At the same time, the country’s fiscal deficit will narrow from a 30-year high of 11.5% of GDP in 2020 to 3.0% of GDP in 2023. The improved budgetary circumstances will enable the authorities to draft and fund a new naval security strategy to counterbalance foreign powers’ rising geopolitical ambitions, especially Russia and Turkey, and to protect the regular flow of trade that passes through the ports of Haifa, Ashdod and Eilat. Indeed, we forecast exports and imports will grow respectively at an annual average of 6.7% and 6.6% between 2021 and 2023, above the 2017-19 annual average of -0.4% and 5.0%.

Israel will adopt a more assertive maritime foreign policy, primarily to defend its energy interests from Turkish ambitions in the Eastern Mediterranean. We believe that Ankara’s maritime sovereignty claims will increase the risks to Israel’s rising gas exports, which our Oil & Gas team forecasts will grow at an average rate of 47.1% between 2021 and 2023, compared with the 2017-2019 average of 2.0%. In December 2019, Turkey signed an agreement with Libya’s UN-backed Government of National Accord (GNA) which formally demarcated the boundary between the two entities’ claimed Exclusive Economic Zones. The agreement clashes with Israel’s interpretation of the same water corridor, especially as this would be the area where Israel, together with Greece and Egypt, plans to build the EastMed natural gas pipeline (see map below) which would export gas to Europe. Thus, we see risks of growing tensions between Israel and Turkey, which the former will seek to address by increasing its maritime security assets in the region.

Growing Turkish Assertiveness To Drive Up Tensions In Eastern Mediterranean

Israel will seek to strengthen its alliance with the US for the purposes of countering Russia’s growing influence in the Mediterranean. While Moscow’s presence in the Mediterranean will remain largely opportunistic, the relative proximity of ongoing conflicts in the Middle East and North Africa (MENA) and its strategic global importance mean that Russia will remain actively involved in the region. This will be particularly evident in Libya, where the Kremlin supports the Libyan National Army (LNA), the main rival to the GNA), and exerts considerable influence there, and in Syria, where Moscow maintains the naval base of Tartus and the air base at Khmaimim. This will prompt Israeli defence authorities to adopt a cautious counterbalancing role on behalf of the US, as we expect Washington to slowly reduce its military involvement in the MENA region under the Biden administration, which would like to focus more on the Indo-Pacific region. Although Israel will keep cooperating with Russia on the ground in Syria, as they both seek to force Shi’a militant organisation Hezbollah’s troops out of the country, we anticipate that Israel will seek to preserve its strong alliance with the US by curbing Russia’s ambitions to expand its maritime influence.

Israel will devote more attention to maritime security to face the growing threat that Iran poses to Israel’s interests. Israel’s willingness to diversify its exports away from Europe and the US (which account for two-thirds of its export market) means that it will seek to increase its trade with Asian economies, especially China and India. We thus anticipate growing volumes of goods to pass through key chokepoints such as Bab-el-Mandab (which connects the Red Sea to the Arabian Sea and thence the Indian Ocean) and near the Strait of Hormuz, where Iran exerts both indirect (through the Houthis in Yemen) and direct maritime influence. Recent attacks against Israeli-owned container ships, such as the Mercer Street on July 29 2021 near the coast of Oman and the Lori on March 25, underpin the need for greater maritime protection. At the same time, Iran has been recently scaling up its use of ships to deliver military and economic aid to Hezbollah, considered Israel’s main strategic threat (see chart above), in Lebanon and Syria. This is after Tehran has long used its freedom of passage through Iraq and Syria as its main transport route to support the Shi’a militant organisation. We thus believe that Israel will increase its naval presence in the Mediterranean off the coast of Syria and Lebanon to intercept aid being shipped to Hezbollah, or at least make it harder to go through, in order to reduce the intensity of the threat.