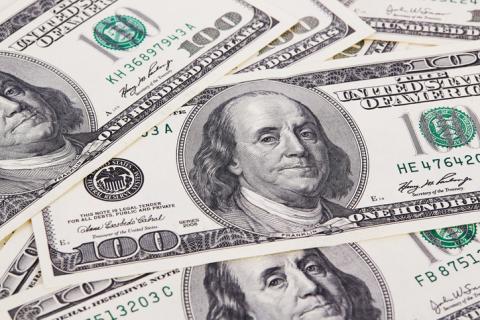 At Fitch Solutions, we maintain our core view that the US dollar will remain bid in the first half of 2022, before it starts to soften thereafter. We continue to believe that the outlook remains bullish for the USD over the next quarter or two, although the upside potential is somewhat limited in our opinion. Several factors will keep upside pressure on the USD, including the technical picture, a more hawkish US Federal Reserve (Fed), an inverting yield curve, as well as greater financial market volatility. From a technical perspective, the DXY remains on a slight uptrend, and while the index could retrace back to support around 97.00, only a break below this level would suggest that the uptrend is over.

From a fundamental perspective, we believe that a more hawkish Fed will also lend support to the USD, particularly given that we do not expect the European Central Bank or the Bank of Japan to raise interest rates this year. While inflation came in at a 40-year record high of 7.9% y-o-y in February, we believe it has not peaked yet as Russia’s invasion of Ukraine will continue to push up energy and other commodity prices. We anticipate that inflation could hit 8-10% before it begins to ease later this year, possibly in H222. Estimates by Fed officials showed that the FOMC members expect a much more inflationary environment and, as such, forecast the Fed funds rate to end the year at 2.0%. The market is pricing in even more hikes, with the December Eurodollar futures pointing to a year-end rate of about 2.8% and even pointing to the potential for several 50bps hikes in the coming months. Our forecasts for a total of five hikes is slightly below consensus, but we acknowledge upside risks to this view.

Markets Pricing In An Aggressive Fed
US - End Year Interest Rates Based On Eurodollar Futures, %

Moreover, we highlight that the yield curve has flattened significantly and inverted across a few tenors, while financial market volatility has risen. Rising inflation expectations have pushed up short-end rates, while greater global economic uncertainty has pushed down the market’s medium-term growth expectations, capping longer-term rates. This flattening and inversion of the yield curve can be bullish for the USD if markets start to price in greater risks of recession. According to the New York Fed’s recession model, there is 6.1% probability of recession in 2022, although we expect this will rise in the coming months. While we do not believe that we will see a recession this year, there are growing risks of stagflation, which could keep investor sentiment tepid and support safe-haven assets such as the greenback, and we also see the risk of a policy misstep by the Fed that could tighten too quickly.

For much of 2021, we had argued that a widening fiscal deficit would weigh slightly on the USD, and currently, we are seeing a narrowing of the fiscal deficit, which could lend support to the USD. Indeed, the deficit narrowed from a peak of 18.6% of GDP in March 2021, to 9.2% in February 2022. While not always strongly correlated to the USD, we believe that a narrower deficit could offer some support to the USD. Moreover, we forecast the US current account deficit to narrow to 3.1% of GDP in 2022, from 3.6% in 2021 as a result of slowing US consumption, which should also be slightly positive for the USD.

Longer-Term There Is Room For A Softer USD

Second, risk sentiment has been weak since the start of the year and was exacerbated by Russia’s invasion of Ukraine. We believe that as the geopolitical risks stabilise, risk sentiment could pick up, which would be a boon for risk assets, such as emerging market currencies, at the expense of the safe-haven currencies such as the USD. Moreover, if we are right about inflation peaking at some point in H222 and low recession risks over the coming 12 months, we see the potential for the yield curve to steepen again as short-term rates are capped and the long-end yields head higher as growth expectations pick up, which can be positive for risk sentiment. Indeed, we forecast still-strong growth of 3.1% in 2022, and about 2.0% in 2023.

Third, we highlight that market positioning is overly bullish. The number of bullish contracts to open positions stands at almost 2 standard deviations. While this does not necessarily imply that the USD will decline, it does suggest limited upside potential, and the potential for a reversal over the coming months.

Investor Positioning Is Long The USD

We see the risks to our currency outlook as balanced. On the upside, the dollar could head higher and remain stronger for longer in the event that geopolitical tensions were to rise further with Russia, which could see a surge in risk aversion and increased demand for safe-haven assets. Moreover, a much more aggressive Fed, or significant concerns of a recession in the US could also see investors move into the USD. On the downside, we also see potential catalysts for the dollar to weaken. If energy prices decline quickly and inflation peaks sooner than we anticipate, this could see risk sentiment pick up more broadly, which could weigh on the USD.